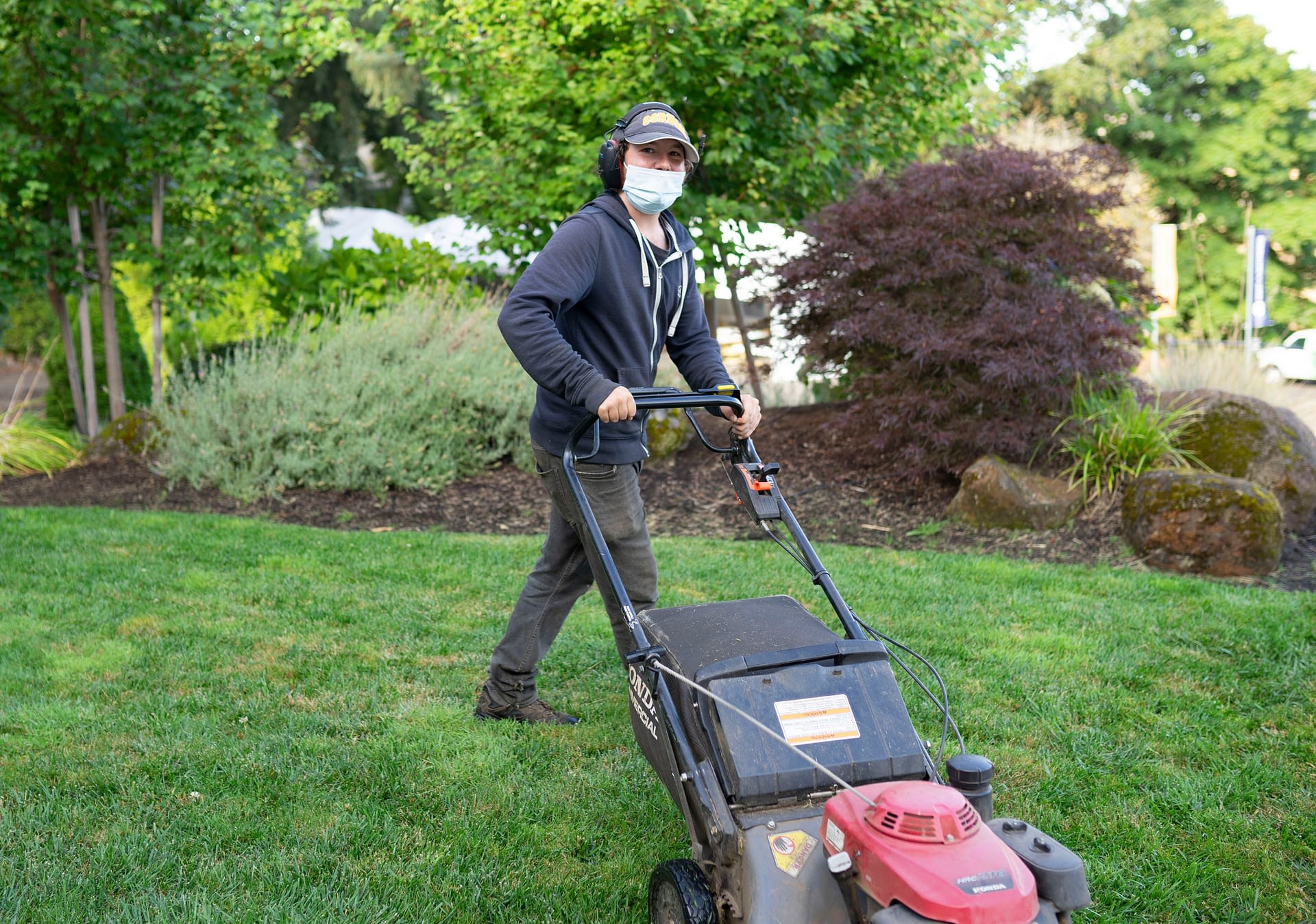 This year, Corban University has pulled three major campus operation areas—janitorial, grounds keeping, and facilities maintenance—in house. The move signals Corban’s efforts toward improved sustainability along with a continued emphasis on fiscal responsibility, all while improving campus life and student experience. The move will represent a savings to Corban as compared to outsourcing these functions, while maintaining quality and an emphasis on customer service.

“Instead of taking in money from tuition and then funding an outside vendor, we try to reduce the cost and simultaneously make the resulting savings available to the student through their employment,” says Vice President for Strategic Initiatives, Steve Sammons. “They’re not having to get an off-campus job when they can get a job right here.” A major component of Corban’s new strategy is to improve the utilization of student workers to help manage these new operations, giving them a greater degree of ownership in their campus position, while providing employment for students and savings for the University.

“Along with eliminating the profit margin of an outside contract, bringing these jobs in house gives us greater control over setting priorities for the people that are actually doing the maintenance,” says Corban’s Director of Facilities & Campus Operations, Troy Croff. But the expected benefits of this move are not solely financial. For the University, the integration of faith into every aspect of campus life is always at the forefront. This is why a vital component of Corban’s new system is discipleship.

Corban selected Arne Jensen Landscaping, a Christian-owned business serving the Salem community for the past 35 years, to help oversee the grounds keeping aspect of this change. “We actually asked them to come in and to get missionally aligned with us,” says Sammons. “Aren Jensen [son of company founder, Arne Jensen] has taken the lead of not only instilling work ethic in our student workers, but also leading from a discipleship standpoint,” says Sammons. “This has become more than just a job.”

Aren Jensen is the son of Arne Jensen, and co-owner of Arne Jensen Landscaping. Both father and son followed a similar path, graduating from Oregon State University with degrees in horticulture and becoming pastors at local churches. Aren currently serves as the Young Adult Pastor at Peoples Church in Salem.

For the past 8 years, Aren and his company have been working with Corban University on special projects, helping to enhance and augment the natural beauty of Corban’s wooded campus. Aren had also begun volunteering his time and consulting with Corban, sharing his expertise on how to care for and maintain their installations. His passion and service grew into a partnership as Corban’s need for professional oversite became evident after bringing contracts in house. “He knows the timing and priorities of what changes we need to make, and can help implement processes that are more efficient than how we have done things in the past,” says Croff.

Jensen also shares Corban’s vision for the program. “The hope is that we can build a great partnership that serves the students, helping them to learn a skill and also have their heart built up, while helping their bank accounts,” he says. As a pastor, he was eager to jump at the chance to integrate faith and discipleship into the development of this new model. “Our company motto is ‘after all, you were meant to live in a garden,’” he says. “The original job that God gave Adam was to care for His land. So, I think work can be a blessing when you add community. If we invest in our student workers, and they can grow to see this campus that way, I think it will help them see their college experience in a similar light.”

Aren is quick to point out that the discipleship model, like their new work team, is in the very early stages, but he sees its development as critical to their growth. “The more that we connect spiritually, the more we are able to understand the health of each student and craft a role to what fits them,” he says. “It provides students the opportunity to not only care for their campus, but to take greater ownership in the work they’re doing.”

The early response from student workers has been positive. “I love that the work I’m doing helps Corban feel more like home to people,” says student worker Katie Hiller. “One of the things that brought me to Corban was the welcoming beauty of the campus, and it’s so cool that now I have the opportunity to cultivate that.”

Aren believes that the intentionality and care with which they approach student workers has direct benefits not only to the students themselves, but to the campus and community. As students are strengthened spiritually, their unique skills and interests cultivated with intentionality, it allows for a greater degree of ownership of their work and the state of the campus they live on.

“It’s hard to keep people in this industry,” says Jensen. “But if you can get a student who says, ‘for the next four years this is the greatest job on campus. They care for you, you’re connected, you feel like you’re part of something bigger than yourself,’ then on Corban’s side, you have workers that are invested in more than just getting a paycheck. These students are getting an education, they’re keeping their debt down, and they’re getting discipled.”

Corban’s new model benefits both the student and the University. The cost savings are critical, which in turn benefit the student directly, not only through their on-campus salary, but by allowing Corban to redirect the costs which were going toward outside vendors, back towards student scholarship aid and other university improvements. These changes represent the sort of innovative and intentional decision-making Corban University is looking to continually identify, implement, and increase. “We’re beginning to expand this model from grounds to custodial as well,” says Croff. “Any time we can give back to the students, that’s a win-win.”

The new model is still in its infancy, but Aren Jensen sees opportunity for more exciting growth on the horizon. He envisions graduates from his team using their skills to serve their church or local community, or even as a needed side-business to generate income. He has hopes of engaging alumni to volunteer to work alongside students, helping to care for the campus which once cared for them, while also introducing the potential for further expansion of mentorship opportunities.

“We want Corban to become known for beautiful grounds, and excellence in that aspect in the same way they portray excellence in so many other areas,” says Jensen. “That starts with creating a work atmosphere and a team setting that people want to be a part of, and that is life giving.”