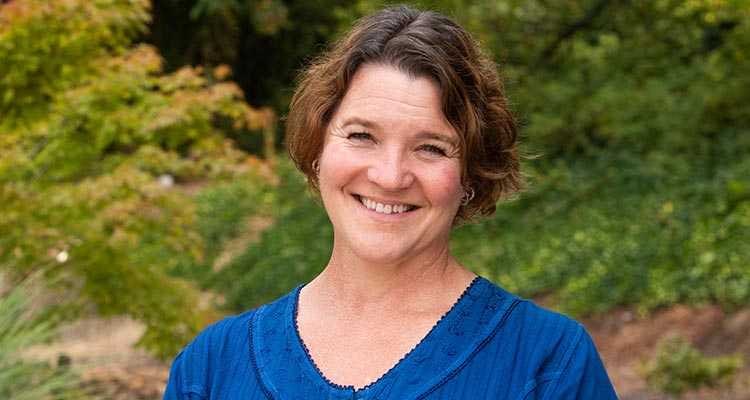 Inaugural Director of Agriculture Science, Dr. Susie Nelson, Seeks to Cultivate a Passion for Agriculture in the Next Generation

Since her earliest memories growing up on a small family farm in Idaho, Corban’s inaugural Director of Agriculture Science, Dr. Susie Nelson, has been cultivating a passion for agriculture.

“I grew up raising registered Black Angus,” she says. “Had my own little herd starting in the fifth grade.” It was a herd that was gifted to her by her grandfather, along with his love of agriculture—extending a tradition of passing down generational knowledge of agricultural practices that Dr. Nelson carries on to this day. When she was a senior in high school, she sold that same herd to help pay for tuition at Oregon State, where she would continue her journey with agriculture science and education.

For Nelson, the need for agriculture education has never been more apparent. It is where her heritage aligns with her passion, training up the next generation to be responsible, equitable, and competent ag professionals, just as she was trained.

“We used to be an ag-based country,” she says. “But in a lot of ways, we’ve pushed ag aside. Many of our kids don’t know where their milk comes from, or where their food comes from, how it’s processed, the basics. Educating generally about our food supply and what it takes to grow as much food as we do in America is so important.”

This concern extends globally. According to a recent report by the United Nations, projections indicate that global food production will need to increase by over 60% by 2050. While the industry is poised for major growth in order to meet these demands, the need for competent and ethical agriculture professionals is paramount—with long-term sustainability at the forefront of current and future concerns.

For Dr. Nelson, education is the front line, and where she hopes to play a role in changing the narrative, one student cohort at a time. “Getting a more comprehensive group of new generation students that understand ag and can educate others is vital,” she says.

After extensive experience in both the farming and agricultural research communities, Nelson is excited to bring her expertise to Corban University, a place she sees as equally rare in the higher education landscape. “Being able to have the freedom to teach how I believe, with the idea that God is the center of our universe, the Bible is the truth, being free to express thoughts and opinions and truths revolving around that is unique from my background because I have always worked in public institutions,” she says.

A self-proclaimed “ag generalist—jack of all trades, master of none,” despite her humility, Nelson offers a blend of hands-on, practical knowledge, from an experienced technical and research-based background. As the newly-hired Director of Agriculture Science, she is ready to embrace the freedom and challenge of growing a new program from the ground up.

Set to launch officially in fall of 2022, Corban’s agriculture science undergraduate degree will give students the opportunity to prepare for careers as ag professionals, growing their knowledge in a uniquely faith-based setting, nestled within the richly biodiverse region of the Mid-Willamette Valley.

“We want to start with a solid foundation of core classes,” Nelson says. “And then going forward, we want to build our specifics, getting instructors in that are specialists—geneticists, or plant breeders, something that helps us be specific and fits our area and our students.”

The University plans to launch the agriculture science program with an initial cohort of 20 full-time students, with additional plans to expand the program in coming years to meet industry demands. To support this growth, Corban also intends to build new science laboratories, with a goal of completion by Fall 2024. Fundraising for these new facilities and the program launch is already off to a strong start. “We are excited to announce that we have received our first major commitment of $1.0 million from Plant Sciences, one of our Ag Advisory Team members and strong supporters,” says Senior Development Officer, Scott Sherman.

As the program grows, Dr. Nelson envisions opportunities on Corban’s campus for cultivating nursery crops, practicing horticultural management, and utilizing Corban’s natural floodplains to practice irrigation and water control. She predicts a major aspect of the programs draw to be its location merged with its unique faith-based focus. With over 70% of all of the fresh fruit and vegetables grown in the United States coming from the states of California, Oregon, and Washington, the importance of the Western United States’ growing capacity to the nation is critical. And Corban University seeks to fill a void in the market, as there are currently no universities on the west coast that are equipping future agriculture industry leaders from a biblical worldview.

The specific area that Corban calls home just happens to be one of the most productive growing regions on the west coast. “We’re in a unique situation where the Willamette Valley is so diverse and produces so much of Oregon’s value-added crops,” says Nelson, who plans to leverage the region’s distinct offerings in the design of the program.

The Willamette Valley, and Oregon in general, with its eight distinct growing regions, plays a prominent role in some of the nation’s largest agriculture industries; from grass seed, green house plants, and blueberries, to hay, beef cattle, and dairy. Nelson envisions building the program around the region’s distinctiveness, while connecting her students with local growers who can offer opportunities to glean from years of expertise through a hands-on experience.

The challenge ahead at times may seem daunting, but for Nelson, this is not new. She is used to the calculated and measured approach—it’s been a part of her daily life since elementary school, raising crops and cattle on her family farm in Idaho. “We want to get the program on the map, and grow it as we go forward,” she says. “It’s a bit like farming. You start small and keep growing as the numbers and money are there.”

For Corban’s new Director of Agriculture Science, the intersection between practical experience, technical knowledge, and faith-based ethics is the fertile soil to start her new program. It’s an intersection she is familiar with. It represents her own distinct background, and a passion for agriculture education, first introduced by her grandfather, that has grown slowly and steadily into her life’s passion.